Yorkshire is one of the most beautiful counties in the United Kingdom. The best way to experience its beauty is to indulge in some outdoor adventures. All you have to do is get into a comfortable outfit and grab your camera. As you move away from your place of accommodation, you’ll have many things to see and do.

You’ll be pleased to witness the cascading waterfalls, beautiful moors, rock formations, and magnificent cliffs. Here are some of the many ways to explore Yorkshire’s outdoors:

This Pennine valley is located to the north of Hebden Bridge. It has an abundance of rugged ravines, woodland areas, and flowing streams. Such beautiful sights would make hiking on the walking trails a memorable experience.

All these areas are rich in wildlife. One of the attractions is the Gibson Mill, which dates back to the 19th century. It offers tours as well as regular exhibitions. Entry to Hardcastle Crags is free. You won’t have to pay a parking charge if you’re a member of the National Trust.

If you’re craving some adventure, get to the Yorkshire Dales. It is home to the three tallest peaks in the Dales, namely Whernside, Ingleborough, and Pen-y-Ghent. The entire landscape of Yorkshire Dales is dominated by the mountains.

People travel from distant places to climb all the mountains and test their stamina. Whernside has the highest summit among the three peaks, followed by Ingleborough and Pen-y-Ghent.

3. Chill out on Whitby Beach

Whitby is a popular seaside town along the coast of Yorkshire. One of the biggest attractions of the town is its charming beach. It is lined with beach huts that have vibrant colours and are set against the backdrop of enormous cliffs. This beach holds the prestigious Blue Flag status.

So, you can be assured that the water and sand are clean and safe. You can try surfing if you want to have some adventure in the waters touching the beach. If you just want to relax, hire a deckchair and enjoy the sun.

Some of the most picturesque waterfalls in Yorkshire await you in Aysgarth Falls National Park Centre. They may not be the tallest, but they allow you to walk around the upper, middle, and lower falls. This is made possible with the presence of walking trails around all these three falls.

While walking the trail, you can enjoy the sights of water cascading over the steps of limestone. These falls are merely a 10-minute walk from the village of Aysgarth. Also located in Aysgarth Falls National Park Centre is Coppice Cafe. It serves meals that are prepared using ingredients that are locally sourced.

In the heart of the Yorkshire Dales National Park is located Malham Cove. During the last Ice Age, it was a waterfall carrying melted glacial water. Today, it is an impressive rock formation composed of limestone. The rock brings climbers from distant places looking for a challenging climb.

It also attracts walkers who wish to have a pleasant hike to the top. Once you’ve reached the top of the rock, you can take in the breathtaking views of the surrounding valley. 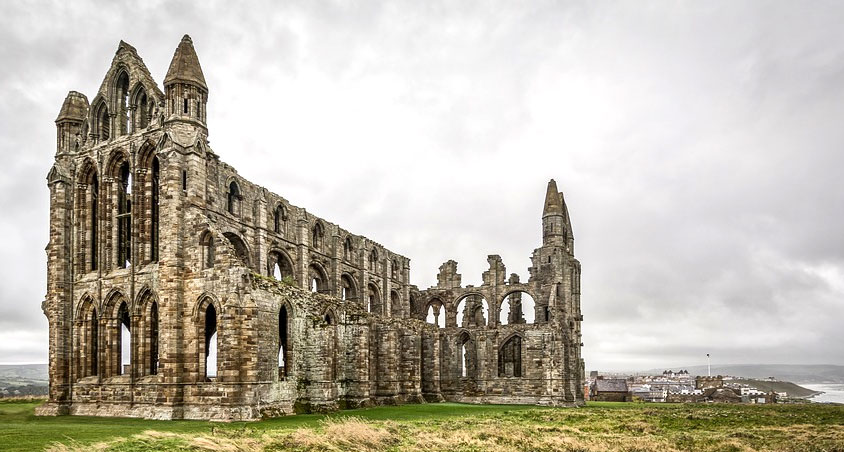 Geological evidence suggests that Yorkshire was not a topographical or homogeneous natural area. Different areas of this British county developed over time according to the available natural resources and contrasting conditions. It manifested in the styles of architecture and the differences in economic developments.

This region of the United Kingdom was occupied for the first time around the 8th millennium, BC. Many of the dialect words and pronunciation styles of Yorkshire come from old Norse. This is primarily owing to the influence that the Vikings had in this region.

During the period up to the 1st century when the Romans arrived, this area had a different terrain. A land connection existed between what is now eastern England and Germany. This facilitated expeditions into the area by the groups of hunters.

Animals found in the area included those belonging to the Paleolithic groups, such as woolly rhinoceroses and mammoths. Human activity revolved around a hunter-gatherer lifestyle during this period.

Certain parts of the island of Great Britain was occupied by the Roman Empire during the 1st century. Yorkshire was a part of this empire between 71 AD and 410 AD. The advancing Romans built several roads and forts in the territories that they occupied.

Some of the areas remained independent, such as the Brigantian territory. The last ruler of the Brigantes, Queen Cartimandua, depended on the support of the Romans. It was owing to this support that she withstood the forces of Venutius, her estranged husband.

The rule of the Vikings

In the 8th century, the Viking era began in the kingdom of Northumbria with an attack on a monastery. The Vikings plundered and raided the Northumbrian coast, Orkney, Ireland, and the Western Isles. Although some of the minister churches survived these attacks, most of the monastic estates were lost.

Eventually, the Viking leaders converted to Christianity. Under the rule of the Danes, the ridings, wapentakes, and the Five Burghs were established. Most of the English population were permitted to retain their lands under the rule of the Scandinavian conquerors.

Following the death of King Eric I of Northumbria, the Anglo-Saxons and the English began ruling over the region. King Edward the Confessor was among the last Anglo-Saxon kings of England. After his death in 1066, Yorkshire witnessed major battles.

The English declared Harold Godwinson as their king. He was defeated at killed in the Battle of Hastings and William Duke of Normandy became the King of England. The Normans gained control over the entire country in the following years.

The dissolution of the monasteries happened between 1536 and 1540, under the rule of Henry VIII of England. It completely changed the Yorkshire landscape, as the properties were divided and sold mainly to the rich entrepreneurs. There was a steady increase in the population of Yorkshire under the rule of Queen Elizabeth.

The emerging industries became a source of employment and wealth. Food shortages were overcome with the help of improved methods of farming. Yorkshire was rapidly industrialized and urbanized in the 19th century. In 1974, Yorkshire was divided between several metropolitan and non-metropolitan counties under the Local Government Act 1972. 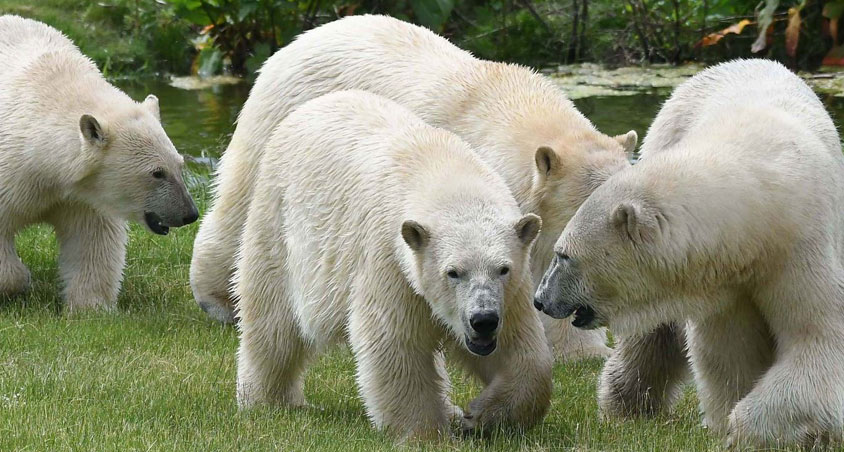 While getting around in Yorkshire, there are some truly fascinating attractions you must never forget to visit. Some of them offer interesting insights into the history of this British county. Others are cultural delights that give you a glimpse of the local arts and crafts.

They are the most interesting places in Yorkshire and must therefore be on your list of places to explore. Here are some of the best tourist attractions from the list:

If you’re in British county with your family, this is one of the best places to visit. The kids would love watching the wild animals in action, right from the lemurs to giraffes. This wildlife park has a lion rescued from a Romanian zoo and one of the heaviest polar bears in Europe. All these animals are housed in a safe enclosure for the visitors.

You’d love to spend the entire day at this beautiful World Heritage Site. The Cistercian abbey was built in the 12th century. It was one of Europe’s richest once and looks charming even to this day. The attractions include the abbey, Fountains Hall and Mill, Royal Water Garden, and The Deer Park and Orchard. Your day will certainly be a pleasant one with a visit to this marvellous attraction.

Yet another exciting family attraction, The Deep offers an interesting glimpse of the underwater world. It introduces you and your loved ones to different varieties of marine beings. Some of them are penguins, sharks, sawfish, stingrays, and jellyfish.

As you and your family members pass through the crystal clear tunnels, more of the underwater world unfolds. There are some of the best marine creatures on display and the tunnels allow you to enjoy 360-degree views. Your children would have fun learning more about them with the help of exhibits. Also located at The Deep is a restaurant and a soft play area.

This renowned attraction is a unique exhibition space for sculpture. It displays a host of contemporary and historic art and the works displayed are always changing. The Henry Moore Institute is also home to a sculpture archive, research centre, and library. You’ll have the opportunity to delve deeper into the world of sculpture with a visit to this talked-about attraction.

One of the best architectural wonders you’ll come across in Yorkshire is the York Minster. It was constructed between the 13th and 15th centuries. The Minster has much to offer for its visitors besides its splendid exteriors. A guided tour would help you witness its amazing interiors.

While you’re inside, you can climb the 275 steps to reach the top portion of Central Tower. From there, you can enjoy some awe-inspiring views. You can also visit the chambers beneath the Minster to explore the latest addition.

The Hepworth must definitely be on your list of attractions to explore in this British county. A part of the Yorkshire Sculpture Triangle, it is massive with 1,600 square meters of space for exhibitions. You’ll find some exceptional works of art on display at The Hepworth.