There’s something for everyone in North Yorkshire. Majestic towns, natural environments, spectacular cave systems, and sandy beaches are some of its delightful offerings. While vacationing in this part of Yorkshire county, you’ll have the chance to explore its wonderful attractions.

Some of them would give you a glimpse of history, while others are incredible natural wonders. Here, we present some of the fascinating places you can explore during your time spent in North Yorkshire:

They are river valleys and hills situated on a limestone bed. Yorkshire Dales takes up significant portions of the county’s northwestern parts. There are some marvellous cave systems in this area, which you can explore during your day trip.

You’ll have the option of embarking on some serious subterranean adventures during your trip with the help of experienced guides. Yorkshire Dales also present you with some fabulous opportunities to go hiking. The journey would take you through the most secluded places in England.

A town built around a former whaling harbour, Whitby is located on the River Esk estuary. On the older east bank of the river, there are fishing cottages, maritime inns, and cobblestone lanes. Bram Stoker had made this town the point of Dracula’s arrival.

He is believed to have been inspired by the ruins of Whitby Abbey. Upon exploring the town further, you’ll come across some historic churches and beautiful beaches. Also located in Whitby is the museum of Captain James Cook. It is in the former home of Captain Cook’s employers, the Walker Brothers.

The city of York charms tourists with its sheer majesty, heritage, and historic appeal. York was greatly admired by the Georgians. While touring this historical city, you’ll witness cobblestone streets, timber houses, and flat-fronted townhouses from the 18th century. The origins of this city can be traced back to the 1st century.

It was the second greatest city of England after London during medieval times. The city is also home to York Minster, which is among the largest Gothic cathedrals in Northern Europe. It is truly a masterwork of medieval art. Yet another attraction of the city you can explore is the National Railway Museum.

Many tourists travel all the way to this town just to witness its mesmerizing beauty. The sight of the town on the steep gorge on River Nidd’s east bank is awe-inspiring. It would be the highlight of your trip to Knaresborough. Another sight that would impress you is of the Knaresborough Viaduct crossing through the gorge.

As you walk down the staircases and cobblestone streets, you’ll find the town even prettier. A spring with high mineral content is located on the west bank of the river. Don’t miss Mother Shipton’s cave, which was the birthplace of the prognosticator from the 15th century.

Founded over 1,300 years ago, Ripon is the oldest city in the United Kingdom. It is also the third smallest city in England. There are certain sights in the city that would leave you speechless. Among the city’s most important attractions is the Studley Royal Park, which is a UNESCO World Heritage Site.

This country garden was built in a romantic style during the 18th century. It was designed to complement Fountain Abbey’s ruins. Another attraction worth exploring in the city is the Ripon Cathedral. 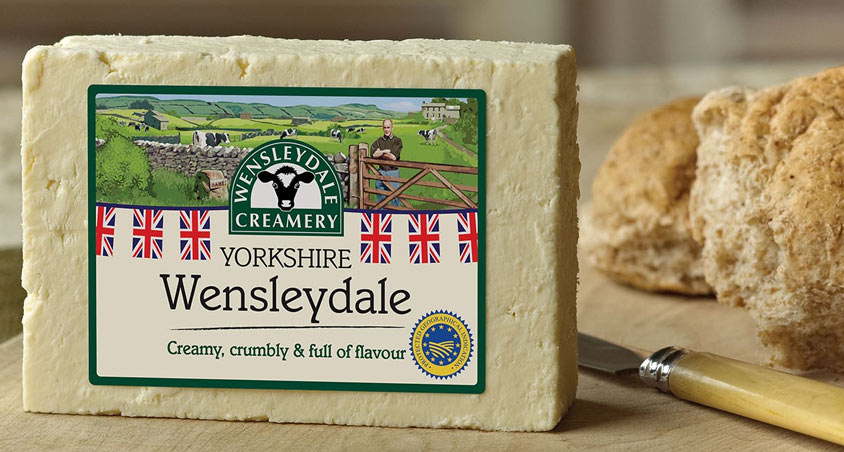 Centred around the city of York, Yorkshire in the United Kingdom’s largest county. If you’re a food lover, you’ll certainly have a wonderful time in this British county. Over the past few years, it has become immensely popular for its superior food items that are grown locally. Yorkshire has some of the best-known food companies in the world.

It also has the highest number of small businesses in the country that deliver innovative food and drinks. During your time spent in Yorkshire, you’ll get to explore its majestic cafes, restaurants, and bars. Above all, you’ll also get to savour some of its delicious food:

This is the most famous dish in the county. It originated in North-East England and is prepared using a batter of milk, flour, and eggs. This savoury treat has an interesting history behind it. In the past, the batter was kept underneath the roasting meat. This allowed the oil drippings and meat to add flavour to it.

While serving dinner, if the meat was not enough for the diners, the children were served the batter. Later, the batter came to be known as Yorkshire Pudding. In recent times, it is prepared and served as a side dish accompanying a traditional Sunday dinner.

A place called Wensleydale in Yorkshire is famous for this mouth-watering cheese with a unique flavour. It also comes in five different types, namely blue, cold-smoked, mild, matured, and extra-matured. Owing to its honey flavour and acidic feel, it is best eaten with the fruit.

You can try Cranberry Wensleydale at a restaurant in Yorkshire, which would have cranberries in the cheese. In many parts of North-East England and Yorkshire, it is often eaten with a Christmas cake or fruit cake.

This is the common name for a flowering plant, which has an aromatic root. It is used for flavouring in the production of candies. The extracts of the plant have been used in traditional medicine and herbalism. Pontefract is the place where it was mixed with sugar and began to be used as a sweet.

In many places of Yorkshire, liquorice is colloquially called ‘Spanish’. The reason for this is the fact that liquorice was grown as a root by some Spanish monks. They grew it at Rievaulx Abbey, located near Thirsk.

Some like to call these fluffy pieces of bread ‘flat crumpets’. It differs slightly from the crumpets you get in other parts of the world. The pikelet in Yorkshire contains no yeast and use a batter that’s thinner than the batter used in crumpet. It is cooked without a ring, which results in this bread being flatter.

The Yorkshire Parkin is a form of gingerbread, which contains oats. It is traditionally eaten during Bonfire Night. This night celebrates the failure of Guy Fawkes to blow up the parliament houses. Parkin is a moist and sticky spice cake.

If you wrap and store it for some days, it gets stickier. Storing it in an airtight tin is highly recommended. Some of the variations of Parkin include the ‘Thor Cake’ of Derbyshire and ‘Tharf Cake’ of Lancashire. 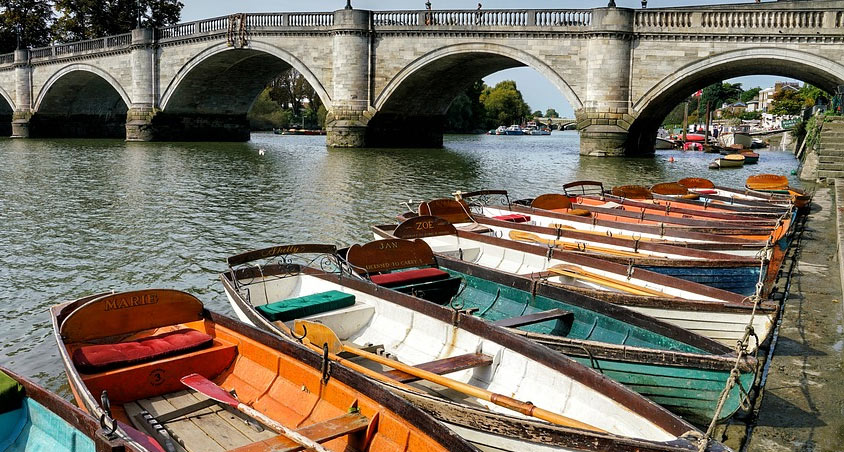 Yorkshire is one of those places in the United Kingdom where you can enjoy a memorable stay. There’s so much to see and do in this British county that one vacation simply won’t suffice. However, you can still explore the most popular attractions and indulge in the best outdoor activities.

You can choose one of the most enchanting places to stay during your time spent in Yorkshire. Here are a few of the best places to consider while booking your stay:

This Georgian town is so gorgeous, it’ll have you reaching for your smartphone for capturing its beauty. Situated on the edge of the Yorkshire Dales, Richmond is full of scenic spots. The attractive architecture of the town would instantly impress you.

A visit to Kiplin Hall and Gardens gives you the chance to witness some marvellous views. For plenty of opportunities to click Instagram-worthy photos, take a walk in Northern Dales. Some of the other attractions to explore in Richmond are River Swale and Richmond Falls.

If you’re in Yorkshire with your family, this would be an ideal place for your stay. Scarborough is quite a jolly and happening town with charming beaches and some exciting family attractions. To get a glimpse of history, visit the Scarborough Castle and Rotunda Museum of Geology.

Peasholm Park would allow you to indulge in boating. For more outdoor thrills, try swimming at Alpamare Water Park or take a ride on the miniature railway. Scarborough Sea Life Sanctuary is worth visiting for its exotic and aquatic beings.

It is well-known as a place where the North Yorkshire Moors Railway began. The railway’s magnificent fleet of steam engines run through the most picturesque rural villages. One of the places you must never miss during your stay in Pickering is the Pickering Railway Station.

It has a traditional tearoom, where you can savour a freshly baked treat. You can go mountain biking in Newbridge Park, which is located on the edge of this town. This park is also a great place for picnics and woodland walks. Flamingo Land Park and Zoo is yet another fascinating place you can visit with your family.

History buffs would have a wonderful time in Skipton. It’s a perfect combination of heritage and scenic beauty. At the top of the high street is Skipton Castle, which has a rich history and amazing twin towers. The Embsay & Bolton Abbey Steam Railway runs steam trains, which travel through the picturesque Yorkshire Dales.

If you wish to enjoy aerial views of Skipton’s scenery and attractions, take a hot air balloon ride. A pleasant stroll on the historic streets of Skipton would allow you to explore some independent shops and galleries.

If you’re a food lover, Malton would be the right place for your stay. The immensely popular Food Lovers Festival hosted here is a testimony to its culinary culture. You can pamper your taste buds by taking The Malton Food Tour.

It takes you through the best eateries to discover some gastronomic delights of the town. Over the course of 3 hours, you’ll get to taste the most delectable dishes. If you wish to improve your own culinary skills, a workshop at The Talbot Malton is highly recommended.

A historic county located in northern England, Yorkshire is one of the United Kingdom’s most beautiful places. Our blog takes you through the historic structures and other popular attractions that Yorkshire has to offer. Read on to discover more…