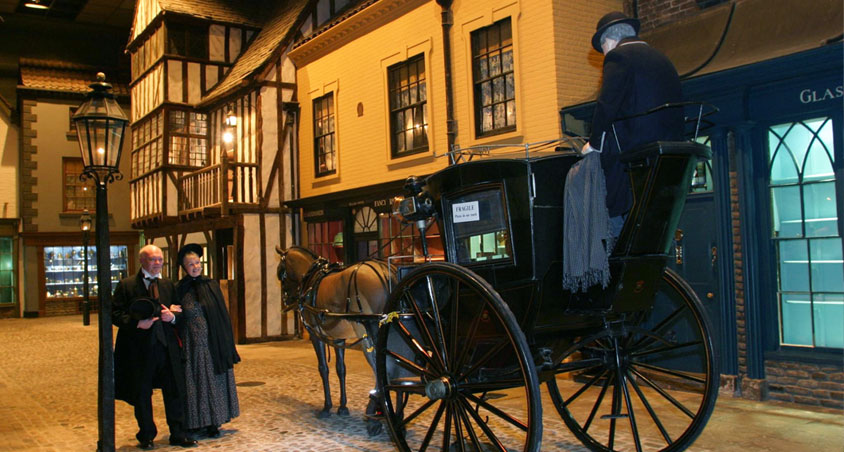 Yorkshire was a part of some of the biggest historical events of Great Britain. It, therefore, doesn’t come as a surprise that it is home to several museums. Some of them are among the country’s biggest and the best. Upon visiting these museums, you’ll get to know more about the British county’s interesting history.

They cover all the key events from the invasion of Romans to voyages of discovery and the industrial revolution. Here are a few of the county’s best museums you must consider visiting:

Located in York, this is one of the popular museums visited by individuals as well as families. It showcases the locomotive history and the excellent achievements in engineering across the world. People of all ages can experience lots of fun and learning while exploring the National Railway Museum.

With the help of Wang Fuchun’s photography, you can know more about life on China’s railways. You’ll also get the chance to step onboard real-life locomotives kept in the Great Hall.

This museum is set around a re-created Victorian street, which is complete with authentic shops and live characters. It was built on the site of York Castle, which was constructed in the 11th century. While exploring the museum, you’ll be instantly transported back to 19th century Britain.

You’ll also find some interesting exhibits and many fun activities worth trying. If you wish to experience some thrills, enter the very prison cell that once housed Dick Turpin.

You’ll witness more than 3 million scientific exhibits in the National Science and Media Museum. It is located in Bradford city centre. The museum explores the impact of the technologies of sound and image on the lives of humans.

It has eight floors of galleries and even houses the first IMAX cinema of the UK. The earliest known surviving photo negative in the world is also housed in this museum. Besides, it is also home to the earliest television footage and the camera that created Britain’s first moving pictures.

Children learn the best through play and this is exactly what Eureka! offers. It has many interactive displays and role-playing activities for children. This museum is a favourite with kids across the UK over the years. If you have children less than 11 years of age accompanying you, they’ll have unlimited fun in this museum.

Eureka! has 6 unique zones. Each of these zones is packed with interactive exhibits for the inquisitive minds and little hands. The fun activities include stroking a wild coyote and explore a child-sized town centre.

Within a short distance from Leeds city centre is this museum showcasing the arms and armours of the world. It has five floors of magnificent displays that feature arms and armours used in history from the world’s different corners. Among them are the famous Horned Helmet and Henry III’s jousting lances.

You’ll also come across authentic live displays featuring military and sporting skills at using arms. The European horse armour exhibited in this museum is among the oldest surviving of its kind in the world.